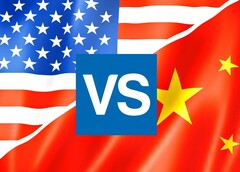 Even though president Trump claims that the trade negotiations between the U.S. and China have been productive, at least in the last few months, the overall atmosphere continues to remain hostile for the most part. This delicate predicament has led to increased prices for many goods imported and exported between the two superpowers, including certain computer parts and devices. However, Trump is now willing to delay the next wave of increased trade tariffs imposed on China and see how this would affect the negotiations going further.

The effects of the trade war are mostly noticeable when looking at overpriced computer hardware like graphics cards, certain smartphone SoCs and devices that require hardware manufactured only in the Chinese provinces. The first wave of 10% higher tariffs imposed on China happened in late 2018, and this had immediate impact on companies like Apple, Nvidia and AMD that reported lower profits in Q4 2018. A second wave of up to 25% increased tariffs was scheduled to go online this week, but Trump felt like a final resolution for the trading negotiations is looming and recently tweeted: “China Trade Deal (and more) in advanced stages. Relationship between our two Countries is very strong. I have therefore agreed to delay U.S. tariff hikes. Let’s see what happens?”

Trump’s goal with the trade negotiations is to convince the Chinese government to adopt a market-based exchanged rate for the yuan as opposed to the current price fixing imposed by the Chinese central bank. Trump’s announcement immediately triggered a 5% spike of the Shanghai Composite index, which is, according to CNN, the largest gain since 2015.

While the negotiations may be close to a resolution, the bans on Huawei and ZTE are still on the table, and it will be interesting to see how these could sway the outcome.