NVMe vs. SATA: Which NAND storage do you need? 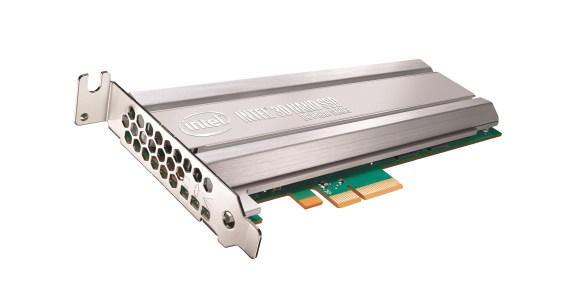 This article is part of the Technology Insight series, made possible with funding from Intel.

Non-Volatile Memory Express (NVMe) seems like the obvious successor to SATA/SAS. Yet years after launch, NVMe market share remains weak outside certain enterprise segments. Let’s explore why and whether NVMe might (finally) be right for your organization.

If someone says, “You should upgrade your storage because faster is better,” two things probably go through your mind.

First, yes, faster is always better. Faster means getting more work done in less time, and that potentially means higher ROI. That’s especially true when it comes to workstations and servers. They may be in use for extended hours and tend to have higher-demand workloads that could benefit from faster processing, such as artificial intelligence (AI) training and financial transaction processing.

But now the pragmatic side of your brain says: “I’m doing just fine. No one is complaining about ROI. I don’t need faster.”

You know from the title we’re going to compare the newer technology against conventional Serial ATA (SATA) and its enterprise-oriented cousin, Serial-Attached SCSI (SAS). Keep in mind that our focus is on protocols, the rules that govern how the system communicates with storage devices, and not the physical connectors. So even though when you hear “SATA,” you usually think of plugs and ports, in this discussion storage protocols matter.

Am I spoiling anything by saying that NVMe is faster? No. Because that’s not the point. The point is about value to your organization.

That conversation starts with speed, but it won’t end there.

Bear with me here: Context is important when making comparisons.

Prior to SATA/SAS, computer storage for consumers and business typically used the parallel ATA (PATA, or just ATA) interface. When PATA debuted in 1986, it featured a wide, 40-pin connector and a maximum bitrate of 8.3 MB/s. Over years and generational iterations, PATA scaled in performance to 100 MB/s and even the 133 MB/s of Ultra ATA/133. However, SATA had been announced in 2000, and by the time it reached shelves in 2003, the market was chomping at the bit for it.

SATA debuted with a 15% to 19% performance advantage, well worth the $10 price premium. With much smaller physical connectors, native support for hot swapping, higher efficiency, and a much higher performance scaling path, it took SATA only five years to almost completely displace PAT. By 2008 the newest SATA version was 3.0, which delivered 600 MB/s or 6 GB/s interface speeds. A few iterations to the third generation have added features, but a possible move to 12 GB/s seems unlikely to materialize, especially now that NVMe has entered the market.

Before we get to that, though, pause to consider that transition point around 2004. SATA advantages included:

So, with these SATA attributes in mind, let’s look at NVMe.

Greater design simplicity. Physically, SSDs now generally conform either to 2.5”, add-in card, or M.2 form factors, with the latter being far more compact but offering less capacity. This matters because SATA and NVMe are protocols, right? And that’s different than the form factors and physical connections that link devices. (Yes, until recently, saying “a SATA drive” meant a drive that used the SATA protocol and SATA connectors for data and power. But the rise of NVMe has forced people to distinguish form factors from protocols. Moreover, there are SATA ports on many motherboards that connect to the chipset via a SATA bus. This is an entirely different bus than the PCI Express links used by M.2 devices.)

When we talk about the M.2 form factor for SSDs, it’s possible for a drive to be either SATA or NVMe, depending on which protocol it uses. And, importantly, NVMe is the more efficient protocol for flash-based devices. NVMe lacks much of the overhead and complexity carried over from the PATA days, which contributes to its speed advantage. Therefore, it’s reasonable to say that NVMe does have greater design simplicity.

More performance scalability. No question here. As noted earlier, it’s accepted that SATA will top out at 600 MB/s. In contrast, even a single PCI Express 3.0 lane offers a raw data rate of 984.6 MB/s, and the generation 4.0 lanes on many new motherboards double that to 1969 MB/s. Generation 5.0 will soon double this yet again. Keep in mind that PCIe SSDs often use four PCIe lanes. Given that SATA drives have never become popular on PCI Express form factors, and SATA is bound by its current protocol limitations, it’s fair to say that NVMe will prove more scalable. 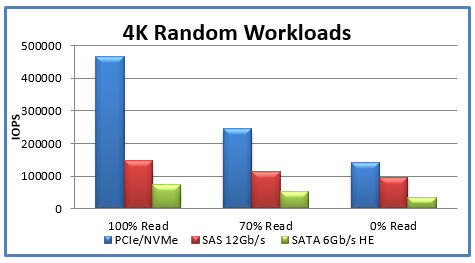 Higher performance at launch. This is where things get murky. Reviews from around NVMe’s launch in 2015 showed that PCIe was faster than the SATA interface, but NVMe wasn’t necessarily faster than AHCI, the modern evolution the SATA protocol at that time. People understood that SATA would never again be considered “top-end,” but there was no urgent need to adopt NVMe. However, time has shown that PCIe drives tend to embrace NVMe, so the point is somewhat muted. Nevertheless, the lack of night and day performance difference between protocols at launch time took some wind from NVMe’s sails.

Near-parity on pricing. It can be challenging to find apples-to-apples comparisons on SATA and NVMe drives. For our purposes here, I turned to CDW and grabbed [in mid-October 2019] prices on two Intel M.2 SSDs. The 256GB Intel SSD 545s SATA drive was selling for $73.99, or $0.29/GB. The 256GB Intel SSD 760p NVMe drive sold for $81.99, or $0.32/GB. So we’re talking about an 11% price delta between SATA and NVMe. Of course, if NVMe drives are faster, which they are, then users should expect to pay a premium. The price gap widens at higher capacities, but it’s still not bad.

Up to this point, we’ve taken a broad look at the SATA vs. NVMe proposition, perhaps with a bit of a consumer-level slant. You might be thinking that SATA will suffice for another few years. That could be true in homes and low-load work systems, but NVMe truly excels in a range of business environments.

For one thing, on the job, time is money. Anyone who burns through minutes waiting for their system to load projects, process large data loads, or export work into given formats with unique parameters knows that storage speed matters. We saw this in the move from hard disk to SSD, and now we’re seeing it again in the migration from SATA/SAS to PCIe/NVMe. As data loads get ever larger, and NVMe drives continue to evolve, the performance disparity will become increasingly obvious, widening the performance and business value gap against SATA/SAS.

Another facet of the performance discussion hinges on command queuing. Applications may send commands to a drive faster than it can handle them. To prevent stalling the software so the drive can catch up, the command queue helps manage data requests. AHCI accommodates 32 pending commands, but NVMe provides for 64,000 queues, and each queue can hold up to 64,000 commands. Especially for applications that send many storage requests in parallel, NVMe can offer a significant performance boost.

From a total cost of ownership (TCO) perspective, understand that NVMe handles data differently than SATA. NVMe can divide data into streams, allowing data being written to the same NAND blocks simultaneously. This minimizes the need for garbage collection and reduces write amplification. The end result is less wear on the drive, so, all other things being equal, NVMe drives will last longer.

The pick for performance?

Will any of this matter to someone in the front office running a calendar app and typing emails? Probably not. But for workstations and servers, it’s getting difficult not to justify the relatively low price/premium for NVMe. And as client applications from office productivity suites to 8K video editing to augmented reality systems on production lines increasingly code for NVMe’s attributes, the storage landscape visible today appears to increasingly favor standardizing on NVMe across all new storage purchases where performance has any role.