Is The Fastest Storage Array In The World Now From IBM? 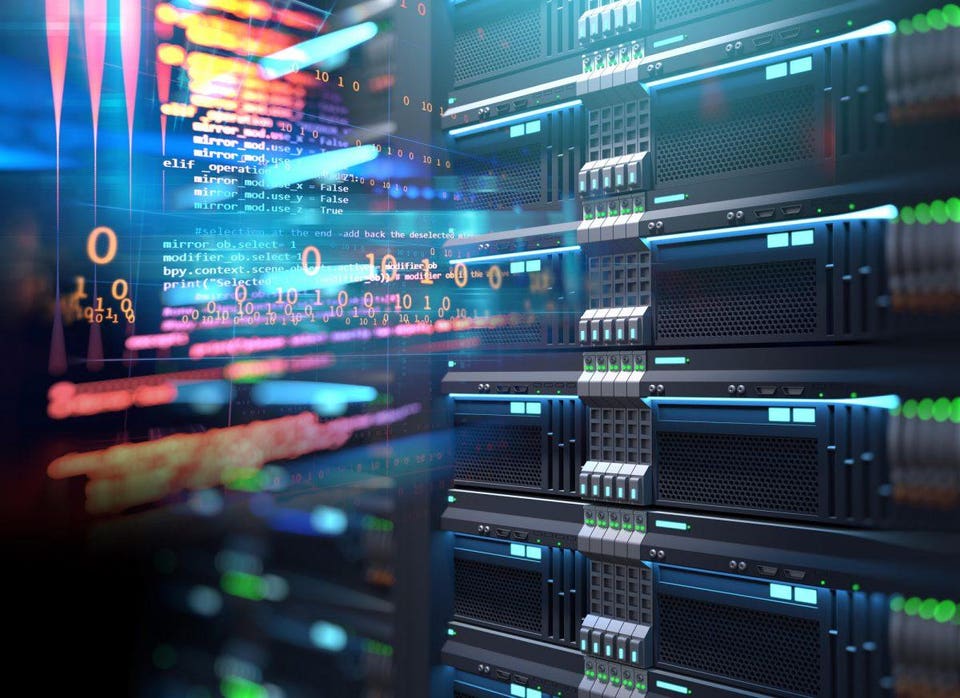 There are very few architectures in the computing world like a mainframe. It delivers obscenely high levels of performance while simultaneously scaling towards the upper reaches of what you’d believe is feasible. It does this without any performance hiccups.

Mainframes are built for continuous up-time. They set the benchmark for the industry in information security. Mainframes are deployed into the most mission-critical environments, powering everything from the hundreds of millions of transactions that flow through our financial markets each day, all the way to scalable hybrid cloud running hundreds of Linux instances on the hundreds of cores within the computer.  It is that hybrid cloud world that IBM IBM +0% is most strongly positioning the technology.

The IBM Z series mainframe computer is architected differently from the x86-based servers that populate the racks of your datacenter. A mainframe is full of processors dedicated to managing I/O, to prevent any bottlenecks as data traverses the paths into and out of the system. Those I/O channels also free up the 190 client configurable cores from having to worry about servicing interrupts at the expense of your workload.  I/O moves fast, without much latency, while compute workloads execute without stalling for data.

What does all this have to do with storage? Simple. You can’t deliver on the promise of the performance of a machine like the z15 without a storage array that can keep the z15’s hungry I/O controllers fed with data. These are not inexpensive machines. You don’t want all of that performance sitting around just waiting for data.

IBM understands this better than anyone else. The new IBM DS8900F data system is deliberately designed to meet the needs of the new z15.  It might just be the fastest storage array on the market.

The single most meaningful metric of any storage system is latency.  The amount of time it takes to service a read or write request from a storage array directly impacts the performance of the workloads requiring that data. A machine like the z15 computer consumes a constant stream of data.

IBM’s DS8900F has some of the lowest latencies ever delivered by a storage array. IBM promises 18 microseconds latency to the mainframe, which is more than 5X better than its closest competition. The latency goes up to 90 microseconds in a distributed environment. These numbers are at the core of a 50% reduction in transaction time on an IBM Db2 real-world workload.

The second most meaningful metric of any storage system is availability. We’ve spent decades now talking about “5 nines” of availability. IBM’s DS8900F delivers seven nines (that’s 99.99999% uptime per year) with its HyperSwap technology. They also promise 3 and 4 site replication with only 3-5 seconds RPO. These are the kind of numbers that almost define mission-critical.

Looking at capacity, the DS8900F family scales from 12 to 5,898 TB of flash storage, delivering up to 2,320K IOPS (measured with a standard 4K R/W mix). That’s a lot of data but, remember, this is an array built for a mainframe.

IBM Safeguarded Copy is a collection of features that provides up to 500 safeguarded backups to prevent sensitive point-in-time copies of data from being modified or deleted due to malicious software, ransomware, or the still-common user error. IBM DS8900F Safeguarded Copy implements dual management control for an increased level of security, while also integrating with external HA and DR capabilities.

Working in conjunction with features inherent in the IBM Z and LinuxONE systems, the DS8900F also provides both encryption at rest and encryption in-flight. It’s that in-flight encryption that is hard to find outside of mainframe environments today.  The encryption capabilities are powered by hardware accelerators with no performance stolen from the array, or the Z-series, to implement.

Wrapping up: not just for mainframes

The reality is that, for all of its benefits, most IT organizations will never touch a mainframe computer. Those that do will deploy it into isolated applications. Maybe it’s the backbone of an enterprise hybrid-cloud architecture, or perhaps it continues to power the on-line transaction processing system that it always has.

The beautiful thing about the technology world is that it always seems to find a way to take the best and most exotic ideas and deliver them as more accessible products. The mainframe world has given us everything from spinning disk drives to virtualization, technologies that today we can find in our phones. That innovation isn’t stopping, and the storage industry continues to learn.

The enterprise storage market is at its most competitive point in decades. Pure Storage, Dell EMC , Hewlett Packard Enterprise HPE +0%, and even Lenovo are in a brutal fight for your storage dollars. Each product release from any of these players seems more extraordinary than the last. There are almost no wrong choices for an IT buyer in this never-ending game of leapfrog.

IBM Storage, however, is a different creature. It leverages everything that it learns from building architectures like the DS9800F and folds those learnings into the industry’s most substantial and robust storage portfolio. It’s a portfolio that seamlessly marries hardware with a broad suite of software with its Spectrum Storage products, all designed for seamless tiering across the data center and into the cloud. The new DS series product doesn’t merely raise the bar; it continues a long tradition.

It won’t surprise me when we see the performance, security, and data protection features that define this new product delivered into IBM’s more mainstream FlashSystem arrays somewhere down the road.   There’s an old saying in enterprise IT that nobody ever got fired for buying IBM. There’s a good reason for that.