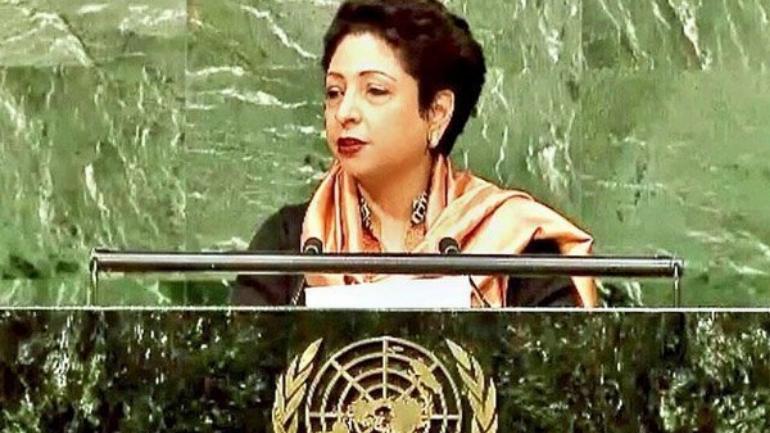 “Our Foreign Minister’s letter to the UN Secretary-General about India’s act of aggression against Pakistan has been circulated as a document to the UN Security Council today, at our request,” Maleeha Lodhi tweeted.

After the Indian strike on a major Jaish-e-Mohammed camp in Balakot, Pakistan told the United Nations Secretary-General Antonio Guterres that the Indian Air Force (IAF) strike is equivalent to “aggression against Pakistan.”

“I am writing a letter to you in view of the deterioration of the situation. Indian jets violated the Line of Control (LoC) this morning. We had informed the UN about Indian aggression after Pulwama attack in the previous letter,” Pakistan’s Foreign Minister Shah Mahmood Qureshi wrote in a letter to UN Chief Antonio Guterres on Tuesday.

Qureshi further outlined that the Indian strike is equivalent to aggression against Pakistan, and jeopardises peace and security in the region, reports ARY News.

This comes after India conducted an anti-terror strike on a JeM training camp in Balakot in Pakistan’s Khyber Pakhtunkhwa Province in the early hours of Tuesday, eliminating a “large number” of terrorists, including top commanders, Foreign Secretary Vijay Gokhale said earlier.

The terror camp, situated in a thick forest area atop a hill, was led by Ustad Gauri, brother-in-law of JeM chief Masood Azhar, Gokhale said, making a statement before the media, hours after the airstrikes using Mirage 2000 were carried out.

The airstrike comes 12 days after a terrorist attack on a CRPF convoy in Jammu and Kashmir’s Pulwama district that claimed lives of over 40 CRPF personnel.

Pakistan-based JeM claimed the responsibility for the February 14 attack, which has been largely condemned by the international community. In fact, the United States told Pakistan to stop providing a safe haven and support to terror outfits immediately after the Pulwama assault.

This is worth mentioning that the United Nations on February 15 strongly condemned the Pulwama terrorist attack. “India is looking at something very strong. India just lost almost 50 people in the attack. I can understand that also,” US President Donald Trump had earlier told reporters at the White House on February 22.