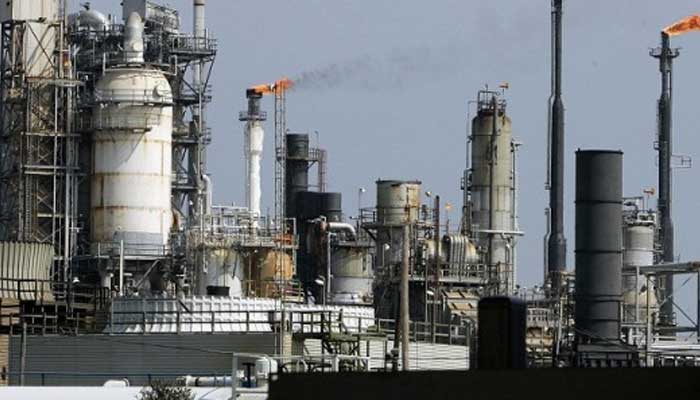 Engro Vopak officials expressed these views during a meeting with Minister for Petroleum Ghulam Sarwar Khan at the Petroleum Division.

A breakthrough in chemical and LPG storage, Engro Vopak Terminal Limited, is a joint venture of Royal Vopak of The Netherlands and Engro Corporation Limited.

It is the only state of the art terminal and storage facility for bulk liquid chemicals and liquefied petroleum gas (LPG) in Pakistan.

A statement quoted the Engro Vopak officials as saying that the benefits of expanding storage space can be achieved from land based LNG storage that includes direct connectivity to roads.

“Such terminal has access to purpose built LNG berths and can be constructed in next five years,” the officials said.

The minister assured the Engro Vopak officials that the government was committed to expanding investment in the energy sector and his ministry would leave no stone unturned in playing its role for achieving the said objective.

The Engro VoPak delegates thanked the government for the assistance being extended to the group and other potential investors under the new investment regime of the present government.

Last year, the Dutch storage giant said it was sticking with plans to trim its terminal network and focus on tapping into the next point of demand for storage in markets such as gas.

The rise of mega refining hubs in the Middle East and Asia and closures of old, unprofitable refineries in Europe created a need for import and export terminals in new parts of the world.

According to Eelco Hoekstra, the chief of Vopak, the storage company is focusing its investments on gas terminals, particularly as the United States begins to export due to the shale boom, burgeoning oil demand centres in Asia and industrial terminals, such as those feeding petrochemical plants with the naphtha or liquefied petroleum gas feedstock they need.

Engro’s business relationship with Royal Vopak dates back to 1997, when the then-named Engro Chemicals Pakistan Limited entered into the chemical storage and handling business in a joint venture with a predecessor of Vopak.

In November 2017, a Memorandum of Understanding was signed between Engro Corporation and Vopak to explore potential growth opportunities, within Pakistan and abroad, in industries including LNG, chemical storage, and terminal operations.