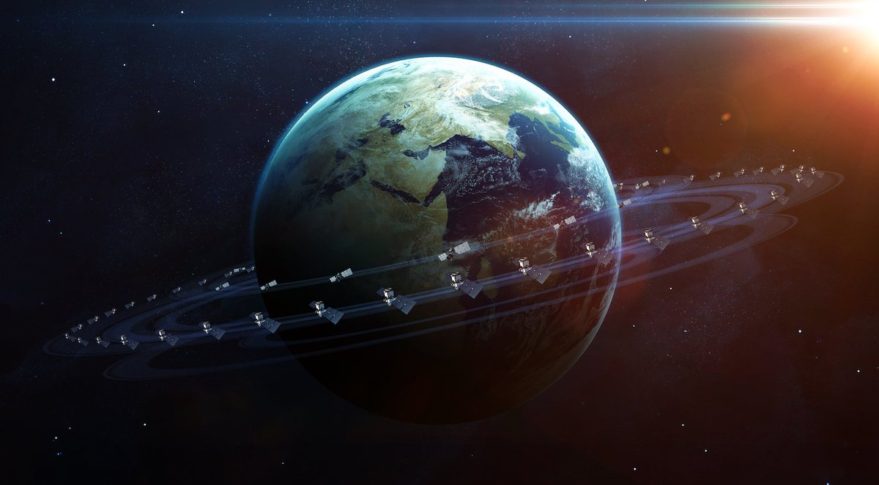 WASHINGTON — Cloud Constellation, a startup focused on secure data storage in space, has selected LeoStella to build a system of 10 satellites bound for low Earth orbit.

Beek said the lower price of the LeoStella offer means Cloud Constellation can reduce the total cost of deploying its “SpaceBelt” orbiting cloud storage system from $480 million to $350 million.

“It’s a significant improvement from where we were, and makes it so that our capital raise is lower than what we previously needed it to be,” Beek said.

LeoStella will also build the satellites smaller and faster than Northrop Grumman would have, Beek said. Cloud Constellation plans to begin service in the fourth quarter of 2021.

“We created LeoStella to enable innovative space constellations and forward-thinking businesses such as Cloud Constellation,” he said. “The SpaceBelt DSaaS [Data Security as a Service] will bring a powerful new capability for global data security.”

Though Cloud Constellation announced its selection of LeoStella May 2, Beek said the contract won’t be finalized until September. While the contract is being finalized, LeoStella will be able to select component suppliers for the satellites, he said.

LeoStella opened a smallsat factory in February near Seattle, designed with the capacity to build up to 30 satellites a year once in full operation.

Cloud Constellation plans to operate its satellites in a 650-kilometer equatorial orbit. There they would use geostationary satellites 36,000 kilometers above the Earth as relays to beam data to and from customers on the ground. Using other satellites to transfer files creates what Cloud Constellation calls the “ultimate air gap” by siloing its satellites from almost all terrestrial infrastructure to keep cyber threats at bay.

Beek said Cloud Constellation is actively considering Arianespace’s next generation Vega C rocket, which debuts in 2020, as its primary launcher.

“We really only need eight or nine [satellites] to close the ring, but when we started looking at launch vehicles, we could get up to 10 on the Vega C launch vehicle with one launch,” he said. “It became a question of maximizing a launch vehicle.”

Cloud Constellation in December announced a commitment from HCH Group, formerly Hughes China Holdings Company Limited, for $100 million that was expected to close the following quarter. HCH Group was a subsidiary of Hughes Network Systems of Germantown, Maryland, until 2013 when its parent company divested.

Beek said those plans have changed, but declined to give specifics.

“Since our announcement in December, additional parties have come forward, giving us options and the ability to diversify our investment partners,” he said. “Therefore, we are in the process of closing with multiple partners. Once closed, we will announce the Series B investors.”

Beek said he expects additional fundraising will be easier since choosing LeoStella reduced the cost of the SpaceBelt constellation by $130 million. Cloud Constellation raised a $5 million Series A in 2016.