Taking a look back at seven days of news and headlines across the world of Android, this week’s Android Circuit includes the Galaxy Note 10’s button issue, Ghost Touch haunting the OnePlus 7 Pro, the launch of the Nokia 4.2 and 2.2, Android’s potential without Google, hiding your selfie camera, and why Apple keeps burning Android.

Android Circuit is here to remind you of a few of the many things that have happened around Android in the last week (and you can find the weekly Apple news digest here).

Galaxy Note 10 Powers Up For Buttons

For a moment last week, it looked as if Samsung was going to remove all the physical buttons from the Galaxy Note 10… but the design did not pass the South Korean company’s testing (reports Ice Universe on Twitter). In the balance between cutting edge design and practical phone, the Note series has always hedged its bets more towards enterprise than excitement. Forbes’s Gordon Kelly looks at the practical innovation you can expect:

Breaking these down, Ice states Samsung did indeed initially build the Galaxy Note 10 without physical buttons, which explains the original leaks. “It was very radical but it did not pass Samsung’s rigorous testing, so the final version of Note10 still retains physical buttons,” he explained. Given buttonless phones have been a disaster, we can all breathe a sigh of relief at this news.

Furthermore, the well-known teaser posted a photo of Da Vinci (the codename for the Galaxy Note 10) with a charging symbol and number 101101. The number is binary and adds up to 45 in hex. My tip-off? That the Galaxy Note 10 will deliver a seismic step up from the Galaxy S10’s 18W, hitting almost 50W. 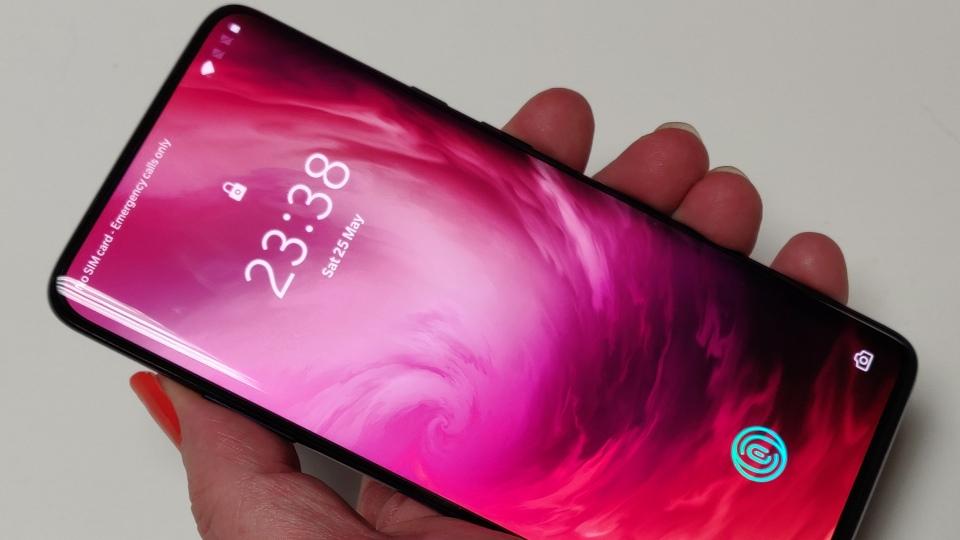 OnePlus 7 Pro users have been reporting a number of issues around the screen of the latest handset from OnePlus. The most notable is Ghost Touch, which as the name implies sees the handset registering an input on the display when there is none. Adam Conway reports:

While OnePlus has acknowledged the bug on their forums and suggested OnePlus 7 Pro users switch off NFC as a temporary workaround, that’s both an inconvenience and not really a fix. Many users, myself included, have reported the issue even when NFC is switched off…

It’s possible that the underlying problem is exacerbated by the NFC chip in some way, but it seems that not even OnePlus knows the exact cause right now. There really isn’t a whole lot that can be done at the moment if your device is affected, apart from switching off NFC and hoping for the best.

As well as the UK launch of the Nokia 4.2 mid-range smartphone (read more with NDTV’s initial review), HMD Global has announced the upcoming Nokia 2.2. The headline features include Xpress-on covers for customisation, a low-light camera, alongside the use of AndroidOne and a guarantee of security updates for three years. Alastair Stevenson has more details from HMD’s Juho Sarvikas:

“We believe that the latest and greatest innovations in the industry should be available for everyone. With the Nokia 2.2, we’ve brought the pinnacle of AI experiences to more people than ever before,” he said.

“And including features like biometric face unlock with liveliness detection adding extra security to your phone, AI imaging, Google Lens and Google Assistant at the press of a button, we aim to revolutionise the way our fans interact with the phone.”

Can Android Work Without Google?

This is a question that Huawei is facing up to after its addition to the Entity List that restricts its interaction with US businesses. Can you have Android without Google? Well much of mainland China manages, but will that wash in the US and European markets? Jerry Hildenbrand looks at the options:

Imagine if you picked up your phone and all of Google’s apps and services stopped working. Would you want to use a web browser (but not Chrome) to access your Gmail or check Google Maps? Have you ever tried to access your Google Drive storage on a mobile web browser? Even making a phone call probably depends on access to your contacts through a Google service. Forget access to Google Play for a moment — as much of a blow as that is, it can be circumvented easily enough as we’ve seen from Amazon — your Android phone is tethered to Google in so many ways that it can become almost worthless without it. 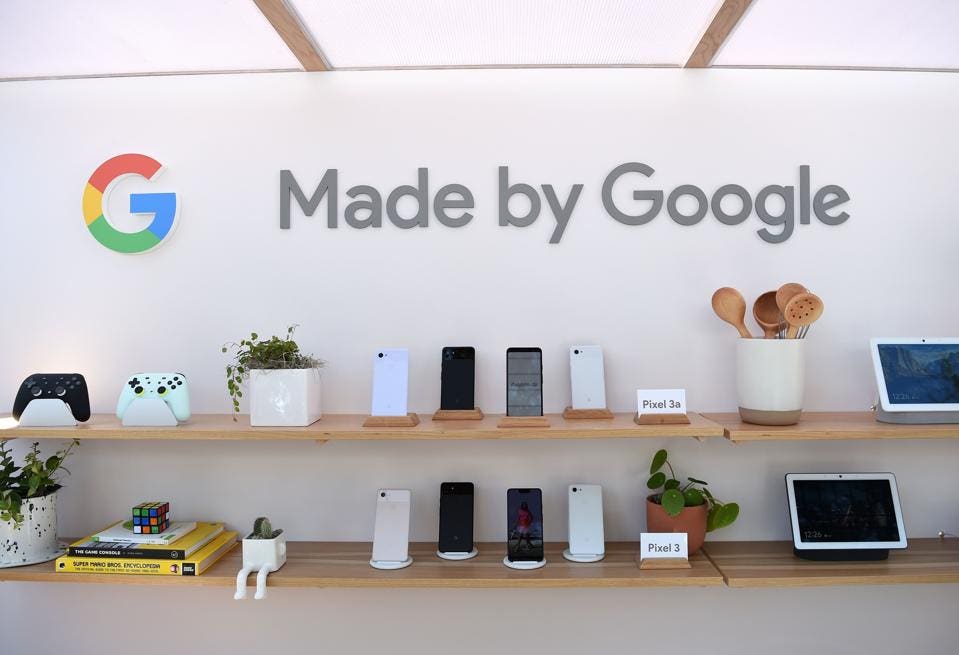 Google products, including the new Pixel 3A phone, are displayed during the Google I/O conference (Photo by Josh Edelson/AFP/Getty Images)

A Better Hiding Place For Selfies

First there were large bezels. Then there were notches, smaller cut-outs, and pop up cameras. Where next for the forward facing ‘selfie’ camera? Many are looking to place it under the screen, with Oppo making it an explicit area of research this week. Damien Wilde looks at the new technology:

Initially shared in a post on Weibo, Oppo Vice President Brian Shen admitted that the tech still has a way to go before being implemented in Oppo devices. “At this stage, it’s difficult for under-display cameras to match the same results as normal cameras, there’s bound to be some loss in optical quality,” Shen said. “But, no new technology jumps to perfection right away.”

‘The other side’ has held its annual developer conference, and as expected Apple landed the same punches on Android to sate the audience’s appetite… but is the use of the OS’ installed based a shady game given Apple deals with one handset family, and Android deals with tens of thousands? Abner Li continues the discussion:

This long-running burn is quite a staple for Apple and is a partially valid critique of the OS landscape. The Android model of multiple OEMs, significantly more types of devices, and carrier approvals slows down the update time.

However, the company has long been updating the underlying parts and introducing new features within Android through Google Play Services. With Android Q later this year, Project Mainline and APEX modules will allow Google to directly update even more core services just like regular app updates.

Let’s face it, the burn is no longer a burn. It’s just tired.

Android Circuit rounds up the news from the Android world every weekend here on Forbes. Don’t forget to follow me so you don’t miss any coverage in the future, and of course read the sister column in Apple Loop! Last week’s Android Circuit can be found here, and if you have any news and links you’d like to see featured in Android Circuit, get in touch!